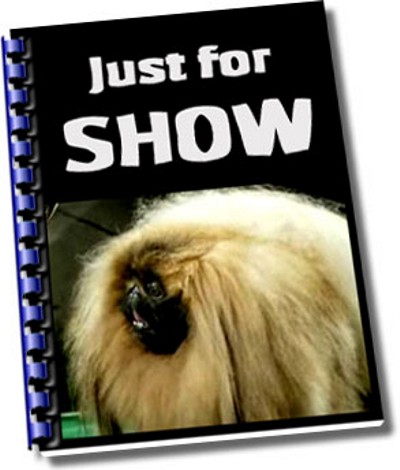 Early dog breeding mimicked natural selection, in that dogs were bred to work - the dogs that could herd sheep or cattle, or that could defend against intruders, etc., were the ones that were bred to produce the next generation. This process over time produced the modern breeds. However, with the advent of dog showing in the middle of the nineteenth century, the focus shifted away from function to aesthetics.

The Show Ring has also been largely responsible for the decline of breed purpose, working ability and temperament in a great many breeds, notably sporting breeds, herding breeds and sled dog breeds. The quick and easy gratification of blue ribbons and gilt trophies all too readily supplants the hard work necessary to preserve and advance canine working abilities.

"The fallacy of breed purity, the ideal of the purified lineage, is seen as an end in itself; and accordingly, the studbook has been structured to reflect and to enforce that ideal rigidly and absolutely. This insistence on absolute breed purity arises from nineteenth century notions of the "superior strain" which were supposedly exemplified by human aristocracies and thoroughbred horses; this same ideal, pushed to an illogical conclusion on the human plane, resulted in the now discredited "scientific racism" of the Nazis, who tried through selective human matings to breed an Aryan superman.

The idea of the superior strain was that by "breeding the best to the best," employing sustained inbreeding and selection for "superior" qualities, one would develop a bloodline superior in every way to the unrefined, base stock which was the best that nature could produce. Naturally the purified line must then be preserved from dilution and debasement by base-born stock. There is no support for this kind of racism in the findings of modern genetics -- in fact, quite the opposite: population groups that are numerically limited and closed to new genetic inflow are now thought practically certain to be genetically inferior."