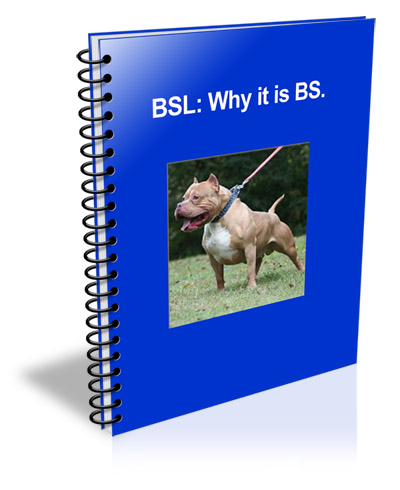 Breed-Specific Legislation is problematic for the simple reason that the notion of ‘breed’ is itself questionable, and if the very essence of the idea has no legitimacy, then any legislation based on it must be hopelessly flawed.

Breed-Specific Legislation has no basis, either in a scientific or social context. It is rooted in preconception and ignorance concerning the relationship between breed and behaviour, and since ‘breed’ is not a scientific classification, we only have the opinions of a relatively ignorant majority to refer to.

Experts asked to comment on cases of dog attacks during the 1960s and early 1970s almost unanimously agreed the problem rests with owners failing to control their dogs, children attempting to interact with dogs unfamiliar to them, and the use and procurement of large dogs for guard/attack dog functions.

But by the 1980s the events contributing to a dog bite virtually disappear from newspaper reports. Dogs were now reported as biting without provocation and even some of the “experts,” relying on media accounts for their information on dog attacks, began to erroneously blame specific breeds.

One repeatedly finds in media accounts of dog attacks: inaccurate breed identifications, seriously flawed accounts of circumstances surrounding the attack and vital and relevant details concerning both human and canine conditions regularly excluded. Yet, all previous “scientific” studies on fatal dog attacks have used newspaper reports as either their sole source of reference or as an integral part of the study.